Alcheringa, popularly known as Alcheris the annual cultural fest of IIT Guwahati. It has been attracting people all over the world since 1996. This was the 22ndedition of the fest which was held for a span of three days and four nights from 1stFebruary to 4thFebruary 2018, with over 90,000 footfalls and over 450 participating colleges all over the country. The festival was brimmed with fun competitions, events, sports activities, professional shows, Pronites, Workshops and more. Alcheringa is completely organized and managed by the student body. The student body is divided into several departments like the Public Relations and Branding, the Media Relations and Marketing, Event Management, Accounts, Creatives and MUN along with the Coordinators and Co-coordinators headed by the Convener. 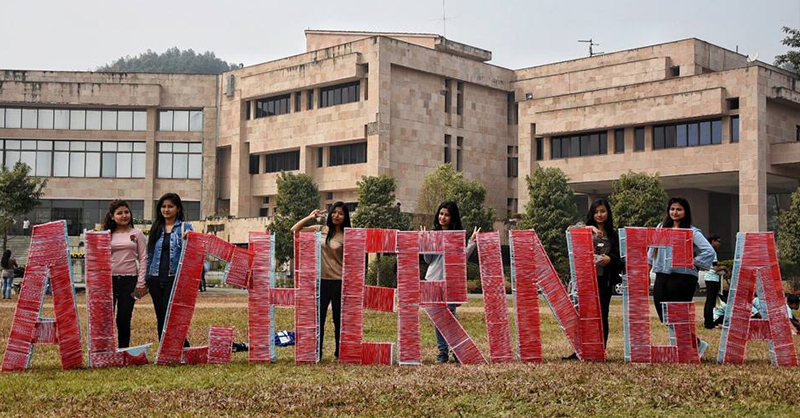 Alcheringa- IIT Guwahati is one of the very few college festivals which promotes and works for more than one social initiative for the betterment of the society and to spread humanity and peace throughout the nation. Alcheringa has initiated nationwide campaigns in the past by working and promoting the raging issues such as AIDS Awareness, Human Trafficking, the Save the Gangetic Dolphin Campaignand more. However, the social initiatives this year were Udaan, North-East Unveiled-, the Blood Donation Drive and Desh ka Sandesh.

UDAAN-This social initiative taken by the students of IIT Guwahati originated under the name ‘Bachpan’in 2011. It was a step taken by the students which aims for uplifting the under-privileged by the conduction of various educational workshops and innovational programmers. Under these activities, the students of IIT Guwahati along with the students of other colleges conducted Udaan and reached out to various under-privileged children from special homes, orphanages, villages and slums and motivated their hopes through various presentations, documentaries and games. It was a very noble thoughtful initiative of its own for the betterment of the children.

DESH KA SANDESH- Desh ka Sandeshwas an initiative by IIT Guwahati under Udaanitself. It was a step taken for reaching the unheard corners of the nation and connecting children to our audacious soldiers. Greetings were sent to our soldiers from the children. This campaign inspired the children by bridging them to the brave hearts.

NORTH-EAST UNVEILED- The elemental idea of the campaign North-East UnveiledIIT Guwahati was to promote a shared identity of this part of the country with the rest of the parts of the nation. The tourism, food and the general practices of the North-East region were promoted by releasing a series of videos, highlighting the richness of the North-Eastern Areas. The North-East Social Entrepreneurship Summit and the North-East Town hall Discussions were held during the fest.

BLOOD DONATION DRIVE- This was a large initiative of its kind in order to warfare against the lost lives of the people due to the blood deficit. It was a step taken to encourage people to donate blood in order to prevent people from dying due to the deficiency of blood. It was a Blood Donation Campaign from 3rdto 4thFebruary IIT Guwahati; with the support of GNRC (Guwahati Neurological Research Centre), all the youthful souls out there were inspired to be a part of this noble cause and contribute their part for the betterment and a better future of the society. 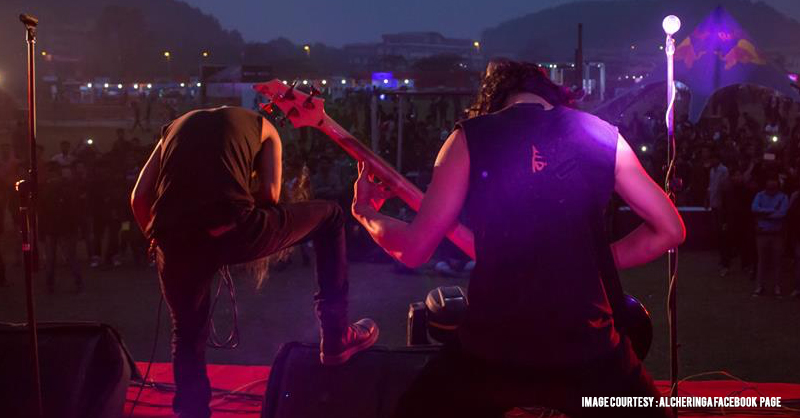 Alcheringa 2018 was declared open with the commencement of various competitions and events, sports activities, fashion shows and more. The events were loaded with performances from every dimension; be it art, dance, photography, street plays, fashion shows and what not!? More than 80 events in various cultural genres were held. The four night cultural extravaganza was a complete package with hell lot of surprises and celebrity aplenty. However, the highlights of the four day events were the Parliamentary Debate and the9thEdition of MUN (Model United Nations); Workshops on Automobile & IC, Engine Designing, Android App Development, Ethical Hacking, Robotics & LOT; the quiz, writing contest, a talk on ‘The Writer’s Muse’ and the launch of the book ‘Letters in the Rain’ by one of the youngest authors of India, Anubhav Shrivastava and much more.

However before the official three days, few performances were held on the evening prior to the festival as well. The evening before the official date of the festival was celebrated to give a warm welcome to the festival and itincluded the first Pronite of Alcheringa 2018 with the soulful performances by the very famous Indian duo of Violin players who are a part of the Carnatic music fraternity Ganesh & Kumareshand the Indian Classical Sitar player from the Imdadkhani Gharana, Ustad Shahid Parvez Khan. The evening ended on a touching note, inspiring the youth for Indian Music.

The bright sunny morning of 2NDFebruary brought us to the first day of Alcheringa 2018 and it started with theNE Summit (North-East Social Entrepreneurship Summit) with Joseph L. Ralte (M.D. of Malsom Bmboo), Haute Couture, 5on5 Football, 3vs3 Volleyball, Roadiez with Longkiri Timung/KIRI (MTV Roadies 6.0 finalist), the Sci-Tech and the Bolly Quiz, the Navras (Indian Classical Dance Competition), Who Is It? States of Dress, the Prelims of VOA, Raga High and Theatrix, the Pro-Show with Limmor Ballas (the song writer and singer from Israel), Workshops by firms like What after College and what not! But well… how could the first day end without the Pronite; which included the EDM nightheadlined by the F16’s and their scintillating performance singed off the day on a high note. 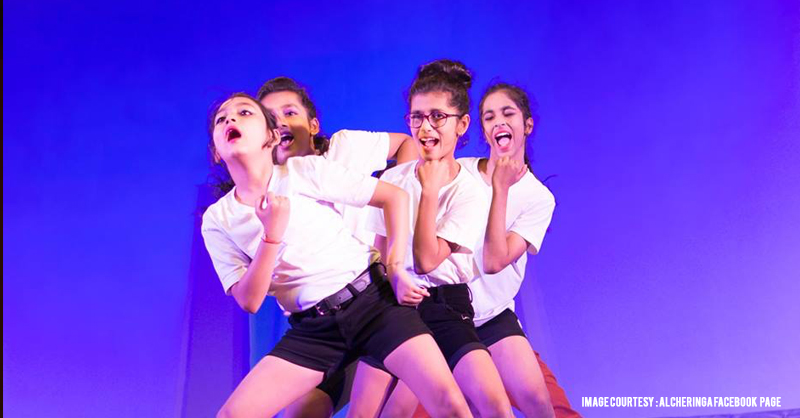 The Day 2 of Alcheringa 2018 began with events likeArm Wrestling, Crossfade (War of the DJ’s), Rocko-Phonix (Music Band Competition), Dancing Duo, SUTUCD, Rangoli and Graffti Competitions,Alcheringa Got Talent, the Finals of VOA, Raga High and Theatrix, General and Business Quiz, performances from NEV (North-East Vision), Nagaland and Xompritir Enajori in the NE-EXPO section and many others. One of the major highlight of the day was the amazing performance of by Christian Brock (the finger style guitarist from Denmark)in his concert in the Pro-Shows section. And certainly, how could the day end without the ravishing performance of the famous duo Vishal & Shekhar, their entrancing performance boosted the audience with so much energy and the day ended on a sharp note.

The last day of the Alcher was no less as the 4thFebruary gave us few more surprises with events like5on5 Football, Gully Cricket, Mr. & Ms. Alcheringa, STEP UP, Electric Heels, Poetry Slam (English), Poetry Slam (Hindi+Assamese), Mehfil-e-Alcheringa (the Shayari Competition), the Sports and Mela Quiz, Live Sketching, Lip Art, Unplugged (the Acoustic Band Event), Halla Bol (Nukkad Natak Event), AD-MAD,performances from NEV, Tripura  and Wari in the NE-EXPO sectionand many more. The wonderful performance by Corvo Nuno (Pro-Show) was undoubtedly the cherry on the top of the festival’s evening. 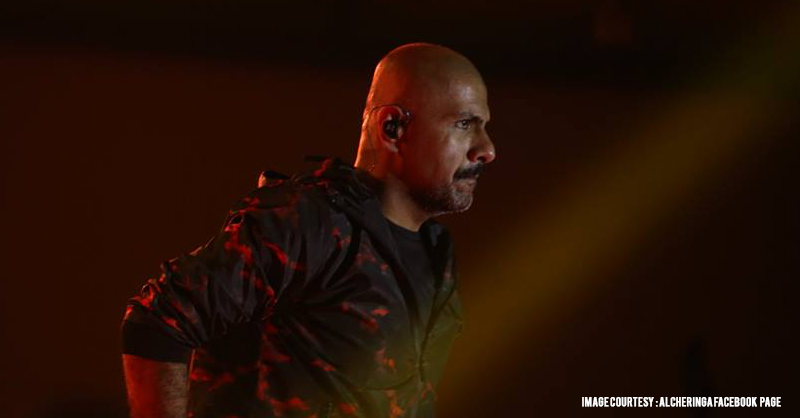 Well, well!! How could the last day of Alcheringa 2018 IIT Bombay end?; without the scintillating performances of thePortuguese House Producer Diego Mirandaand one of the most entertaining live acts ever by the Australian House Producers Mashd N Kutcher to end the show this edition.Theirelectrifying performance gave the festival the perfect end and the audience grooved on the mind blowing music which was performed and went home with the beats of music still banging into their ears.

Everything which commences has to come to an end and so did Alcheringa 2018. The festival ended on an exuberant note with amazing achievements and new heights. Everyone enjoyed to the core and made memories to cherish all their lives. Everyone’s hard work and dedication came out with flying colors as the festival turned out to be successful and all the activities and events went smoothly; with so much to learn and gain for the students and excitement and hopes for more for the nest year; Alcheringa 2018 bid adieu.