While some of us are still being amused looking at demo videos of futuristic technologies like virtual reality, augmented reality, some guys are actively taking part in the development of such technologies right from their college days. One such early starter and enthusiast is Gur Raunaq Soni, having started writing for games and coding at an early age, Raunaq has won several hackathons including world-renowned
Angelhack. Here he shares all you need to do before taking part in a hackathon and win hackathons :- 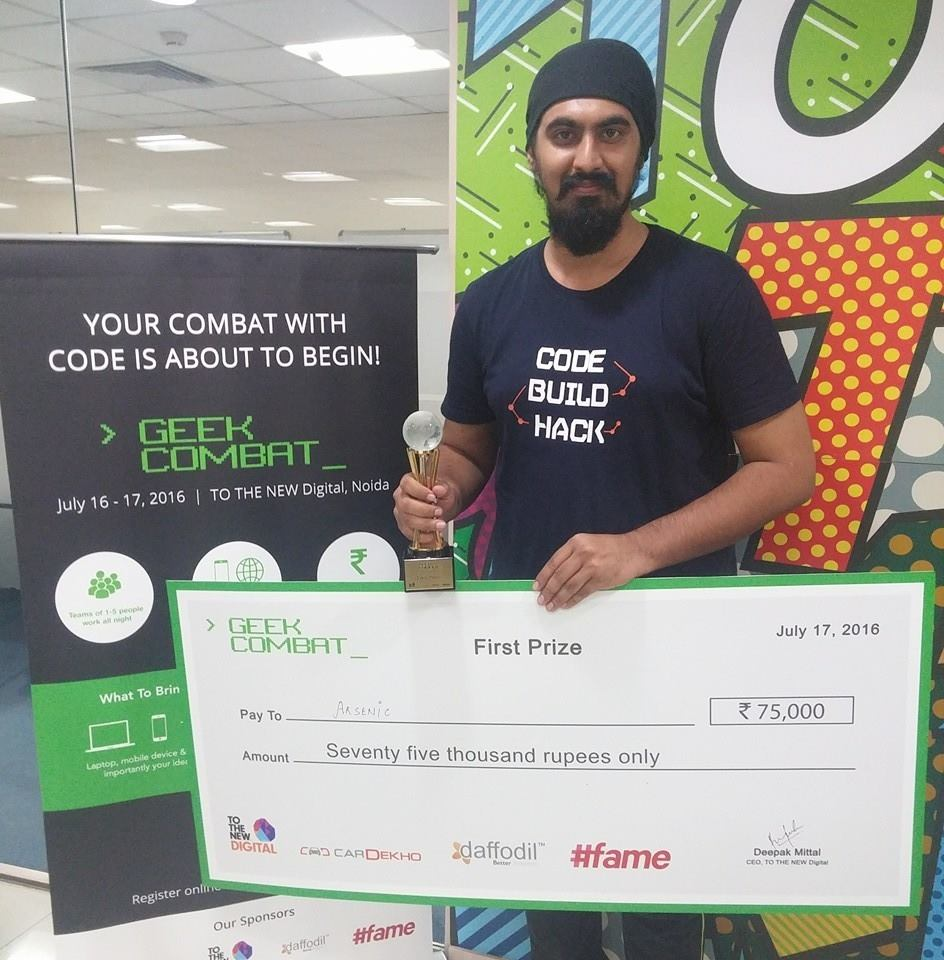 You have won quite a few hackathons, what is the key to winning hackathons besides being a good coder?

I believe one of the key aspects of winning hackathons is having a team with people having diverse skill sets. This does not mean individuals don’t or can’t win on their own (I know many such people), but I have been lucky to always have a great team to work with at every hackathon I’ve participated in (shoutout to Ashish, Hardeep, Manjog and Gautam). However, it also depends upon the type of hackathon (24 or 38 hour), the themes, the judges, etc., and that’s why I feel it’s important to go to a hackathon with an open mindset, learn new stuff, meet like-minded people, and most important of them all, have fun!

What should one know before their first hackathon?

How to keep oneself mentally composed in a hackathon where everything happens in a rush?

For keeping oneself mentally composed, if there is good food and caffeine available, it’s much easier to go through the hackathon with minimal sleep. Other than that, it’s better to quickly fix on an idea, divide tasks to each member, and just start building an MVP as soon as possible, so that if you get stuck on either the idea or execution, you have enough time to ask for help. Another point to keep in mind is to take frequent breaks and talk to the mentors that are present at the venue, they can be immensely helpful and guide you on the important stuff you should work on and not waste time on building gimmicks. 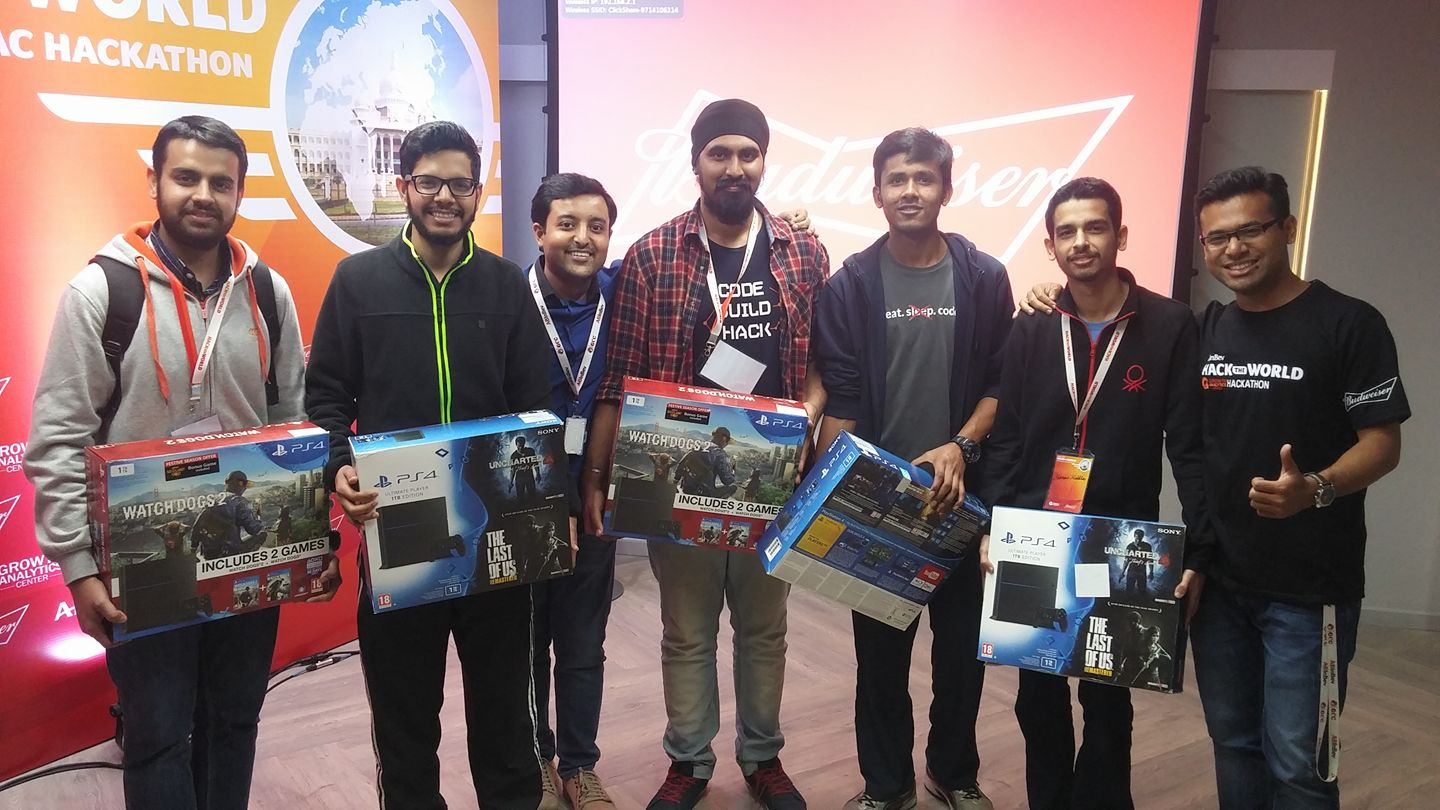 What has been your biggest achievement so far?

I have participated in 13 hackathons so far, managed to be among top 2 teams in 8 of them, including winning Grand Prize at AngelHack Delhi 2016, one of the world’s biggest hackathons. But in spite of all these, I feel that because of my actions, I’ve managed to bring a small positive change in my college environment, in terms of encouraging more students to participate in hackathons and in the process fostering a healthier developer community. This, for me, is my biggest achievement so far.

What are the technologies or future trends you are really excited about?

I think AR and VR are going to replace the screens of the present day world, especially betting big on VR which I believe is going to bring rich media experiences, only available in Cinemas or Science Museums today, to every household at an affordable prices. In addition to these, I believe A.I (Artificial intelligence), M.L (Machine learning) and Automation is going to replace thousands of mundane jobs, but at the same time create new job opportunities not present in today’s world.

Do you like working on side projects? What are some of the interesting things you have created?

I do like working on side projects on my own and collaborating with other people, and learning about new or existing technologies I am not familiar with. One of the my favorite ones is the one I’m currently working on, which is an app for the Microsoft HoloLens called ‘MyLab’ – an educational tool that lets you explore an interactive periodic table through the power of holograms. 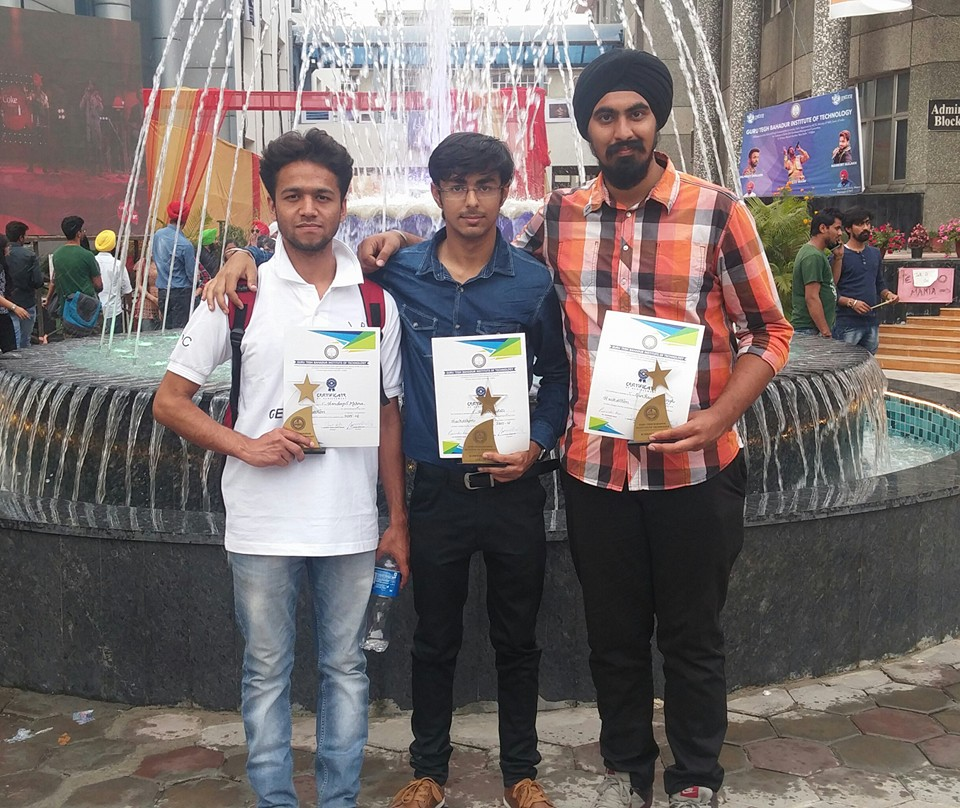 How did you get started with coding? If someone was to start learning to code today, what tips would you give ?

The first programming language I learned was in class 11th, which for me was something magical. However it was only in the 1st semester in college that I started learning programming on my own.

I took out a weekend and just started watching tutorials on Python.

If someone was to start learning today, my suggestion would be to take out 3-4 hours alone in a quite environment and start from any of the thousand of tutorials available online. If you’re still unsure or confused, just start with the book – https://learnpythonthehardway.org/book/, it’s free, and requires no pre-requisite experience, and Python is one of the most easy to learn and versatile programming language I know of.

What are you planning to pursue professionally? Do you plan to start-up or have a dream company to work with in your mind?

I plan to follow my entrepreneurial pursuits and continue working on my start-up atleast until the end of my college life. As far as having a dream company, the list is quite short – IGN, The Verge, Snapchat, and Google.

While the Camber Racing team is garnering all the praises, there is another team that is equally creating waves. What makes this team unique is that it is an all girls teams taking on the fast lane. Team Panthera,is a group of 17 girls from Indira Gandhi Delhi Technical University, making India proud at international platforms. Read more about them here

Another team that is also working its way to make india a force to reckon with is Team Fateh.  The Team Fateh Formula Racing team represented Thapar University’s entry into the Formula SAE collegiate design series, a competition sanctioned by the Society of Automotive Engineers. Read more about their journey into the competing in a global platform

An equally voice raising team in the circuit is The Camber Racing Team. A conversation that started over coffee led a group of young automotive enthusiasts from S.R.M university to develop innovative solutions in the automobile field. Read more about their story here

Disclaimer: The images used in the article are not of What After College’s and are credited to their rightful owners.