CULRAV – the annual cultural fest if MNNIT Allahabad. It is the second oldest college festival in India which was started in 1987 and therefore the tradition follows up until today and is held generally within the second week, in the month of January once a year. It was the 31stedition of this festival this year with a footstep of over 10,000+ with over 50+ events and over 40 participating colleges. It was in command for a span of four days from 21stMarch-24thMarch 2018 across the country. The competition was brimmed with fun and interesting Events and Competitions, Workshops, Proshows, Quizzes, on-line Activities and far a lot of activities.

The team of Culrav-18 is a Student-run non-profit organization which consists of student volunteers who work and perform so as to push ability, music information and imagination. For the sleek functioning and success of the festival, the team was divided into many departments like Web & Mobile Operations, Marketing And Sales, Publicity & Branding, Hospitality, Design & Media, Finance, Facilities and Safety & Security headed by the respective Festival Secretaries along with the Web Team, all of them working under the guidance of the respective Faculty Coordiantors.However, any festival is impossible without the chief supporters i.e. the sponsors and therefore the sponsors and partners of Culrav 2018 were:Food partners Pizza Hut, Goli, Blackout and Kwality Walls; Media Partners- CollegeDesk.in, festPav.com, Red Fm 93.5 and Dainik Jagran;Beverage Partner- Pepsi; Coupon Partner- GrabOn; Travel Partner- OLA; Styling Partner- VLCC;Training Partner- Cetpa;Real Estate Partner- Omaxe; Agency Partner- Event Machine;Other Sponsors- Vijaya Bank, Safexpress and Image Ananda and more. 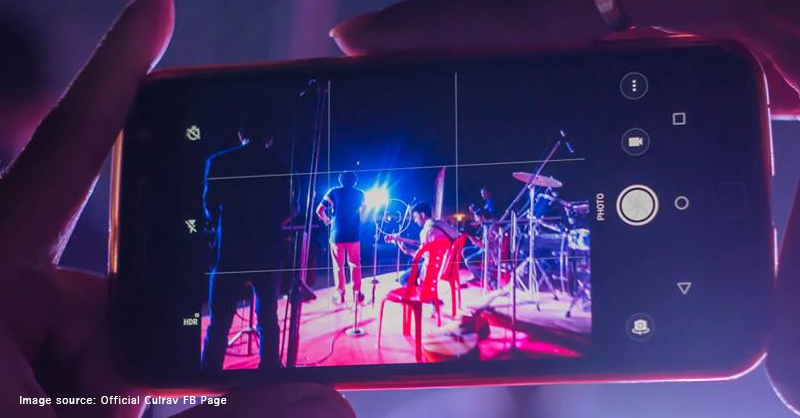 Culrav-018 was declared open after the Inauguration Ceremony lead by the commencement of various Events and Competitions.The events were loaded with performances from every field and dimension as more 50+ events were held. The events were divided into several genres namely, Quiz, Word Games, Comedy, Fine Arts, Design, Media, Classical Arts, Music, Writing, Informals, Gaming, Workshops,  Pronites and much more, which were held in the college campus itself. The 96 hours festival was a complete package with many surprises and celebrity aplenty. Few of the sparkling highlights of the festival were: Culrav Bhootiya Photo, Culrav Captionista, Culrav Talkies, Treasure Hunt, Rangsaazi, Blind Art, Face Painting, Chips and Cards- Poker and Blackjack, Parliamentary Debate (Hindi & English), Battle of Bands, Anunaad, MUN, Open Mic (Culrav Informals), Googly Cricketand many others.

The Day one of Culrav-018 started with the commencement of various interesting events and competitions which inculcated the zeal of imagination and creativity amongst the students. Few of the events and activities which were held on the first day included:Voice of Culrav(the Singing Competition), Lacuzzi– an English Literature event, Kavyanjali(Hindi Poetry Slam), Blind Art– a Rangsaazi Event, Haasyamanch-a Rangmanch Event, Face Painting, Motley (Literary Event) Kavya Sandhyaand muchmore.All these amazing events gave a very warm welcome to Culrav-018 to be proceeded the next day. But, how could the day end without the major highlights of the day and it was KavyaSandhya with Padma Shri Surendra Sharma, Dr. Rahat Indori and Dr. Shlesh Gautam. The poetic evening of Culrav 2018 was extravagant as ever as the day ended on an extremely soulful note.

The sunny March morning brought us to the second day of Culrav-018 i.e. 22ndMarch 2018. The day held many surprises for everyone. Few of the events held on the day were: Voice of Culrav- Singing Competition(Finals & Duet),Parliamentary Debate, Poetry Slam(a Literary Event),MUN, Nukkad (a RangmanchEvent), Motley,Tale Tellers (a Literary Event),Panache(an ArtsEvent),Desi Sync (the Folk Night),Doodle it (the ArtsEvent),Euphony (the Musical Event).One of the major highlights of the day was the Culrav Roctave 2018which was the much-awaited Musical Event and is the biggest event of Culrav. The participants won the hearts of the crowd and the judges with the never-seen-before jamming and music that touched each soul to the very bottom and all the metal heads, rock lovers, head bangers and the hippies alike went into a frenzy seeing the stage turn into a battleground and yes the day had to end on an enthusiastic and competitive note. 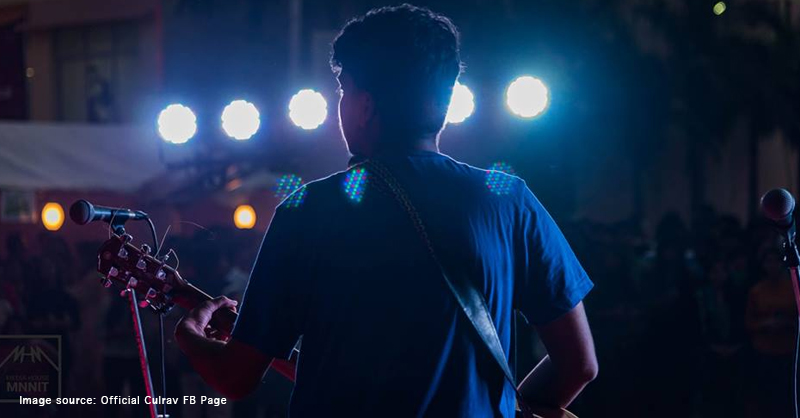 The third day of Culrav-018 i.e. 23rdMarch 2018 proceeded with more of surprises with events and competitions like Natyamanch (a Rangmanch Event),Step by Step (a Razzmatazz Event), MUN, Rangoli (an Arts Event),Dumb Charades (a Literary Event),Two for a Tango Feet on Fire (a Razzmatazz Event). The night was filled with zeal, music and fun with The Local Train.The Local Train, a band which rose after winning the first season of Sennheiser Top 50’s band hunt, changed the face of Hindi Rock in India. The band is best known for singles such as “Aaoge Tum Kabhi” and “Choo Lo”. It released its acclaimed debut album “Aalas Ka Pedh” in 2015 and its second album “Vaaqif” in 2018.The electrifying performance by the band in Culrav 2018 jam-packed the audience with their galvanizing beats and the evening certainly ended on a very exciting note.

The fourth day of Culrav-018 was no less and was the most exciting amongst all the four days as it included activities like Pratibimb (a Rangmanch Event),MUN,Rachna (a Musical Event), Turncoat & the Closing ceremony of MUN,Short Film (Darkroom), Spandan- the Fashion Showwhich filled Culrav’s experience with glamour at its zenith and many more great and inspiring activities.The Final Night of Culrav 2018, where DJ Marnik lightened the stage with his mesmerizing and exhilarating performance and filled the audience with enthusiasm, zeal and excitement. Marnik are one of the most promising young talents in today’s EDM scene. Emanuele and Alessandro have quickly caught themselves in the spotlight. With international support growing from the world’s most renowned DJs and producers including Tiësto, Hardwell, David Guetta, Nicky Romero, Martin Garrix, Showtek, as well as two successful releases under their belts including ‘DGAF’ on Steve Aoki’s Dim Mak with 7 Skies.The Night was surely the most energetic night of Culrav as the performance certainly left the crowd dancing and grooving to their beats till the end. 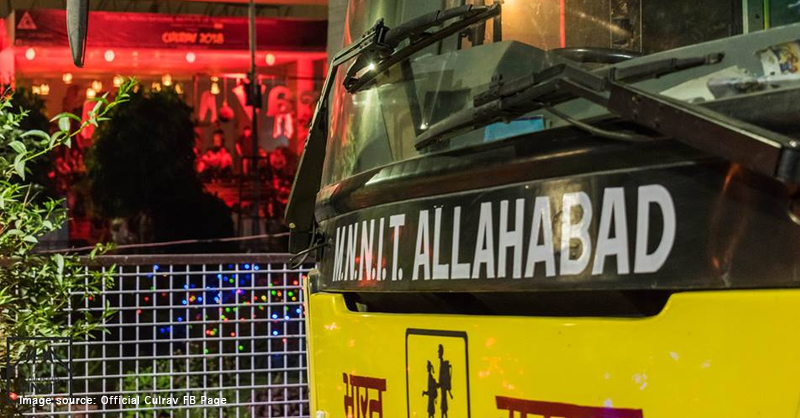 On 24thMarch Culrav-018 MNNIT Allahabad concluded with finished with superb performances and achievements. The festival left behind sorcerers reminiscences for everybody to recollect throughout their lives. However, the festival ended on an exuberant note with great victories and new heights and everyone enjoyed to the core.The hard work and dedication of all came out with success because the festival went swimmingly and came out to be successful. With such a lot to find out, grow and gain for everybody, Culrav-018 MNNIT Allahabad bid au revoir till the succeeding year.