Kshitij, IIT Kharagpur – The Technical Extravaganza is the Asia’s Largest Techno-Management festival and is the largest and finest technical platforms for the students for great innovations and new ideas. It was started in 2004 and the custom follows up till today. This was the 14thedition of the festival and was held for a span of three days from 19thJanuary to 21stJanuary 2018 with a participation of 60,000 students from across the country. The festival was loaded with inspiring and fun events and competitions, Workshops, Exhibitions, Guest Lectures, Megashows and more. Kshitij is completely organized and managed by the student body. However, the team of Kshitij is divided into several departments like: Promotions and Events Departments, Sponsorship Departments, Publicity and Creativity Departments, Guest Lectures Department, the Megashows Department, Competitions Departments and more; headed by the overall coordinators. The basic motive of the festival is to achieve the perception to be at the district of the rising technovation and to unfold new and raw concepts of the youth amongst everyone. However, any festival is impossible without the chief supporters or the sponsors; few of the sponsors and partners of Kshitij 2018 were: Larsen & Turbo(Title Sponsor), Boeing and Hewlett Packard(Strategic Partners), the Telegraph and Saavan (Presenting Partners), 9Xmand 9XO(Music Streaming Partners); Intel, SIDBI Venture, Airbus, IBM, NVIDIA, Experian, CROCS, Mouser.com(Major Partners); DE Shaw & Co., EXILINX, CYIENT, Synopsys, Tata Products, Coca Cola, CESC, JSLN (Event Sponsors); FORE, Pilot, Bisleri, Inshorts, FestPav.com(Other Sponsors) and more. 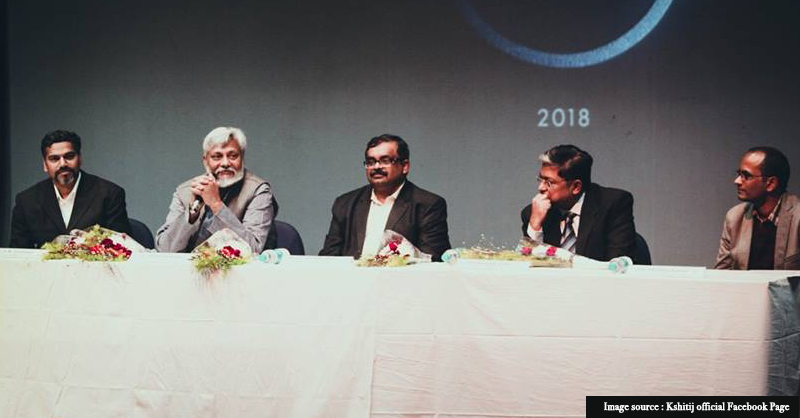 The freezing cold January morning brought us to the much awaited grand festival i.e. Kshitij 2018, IIT Kharagpur. The events included, were held from every field and genre like the Theme Events, Guest Lectures, Competitions, Robotics, Departmental Events, Workshops, Paper Presentations, Megashows and more. Apart from world-class certified events, Kshitij conducted Guest Lectures by prominent personalities across the globe, free of cost workshops by tech giants and exhibitions from all over the world.World-renowned organizations like ACM, IEEE, ASME, ASHRAE, CSI, ICRIER, CSIR and IMechE certify numerous events of the fest. To address issues plaguing our society, Kshitij undertakes social initiatives in association with the foremost NGOs of the country.However, the few other highlights of Kshitij 2018 were events like 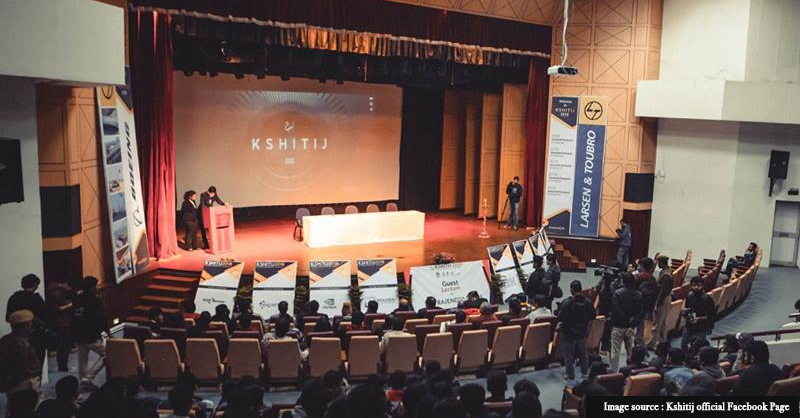 The three days extravaganza festival was declared open with the Inauguration Ceremony of Kshitij 2018; the ceremony marked the commencement of the three day technical festival followed by the interactive sessions with the guests and thefestival began with the lighting of the holy lamp, followed by the Director’s welcome speech for all the participants, the guests of honor and also the Chief Guest of the event, Mr. Kaushik Dutta, Joint General Manager of the title sponsors of Kshitij-2018, L&T Ltd; followed by the motivational words of the Director and Mr. Dutta for the excited participants, faculty member Prof. Jitendra Kumardelivered the vote of thanks to the guests and all the people who have burnt the midnight oil to make Kshitij a reality. The Dean of Student Affairs, Prof. Somesh Kumarintroduced the audience to Dr. Rajendra Singh, who then delivered the introductory Guest Lecture. Dr. Rajendra Singh, who is a guest of honor for the event, is a water conservationist and is renowned as the ‘Waterman of India’. The other highlight of the day was the Game Fest-Krypton.  The Festival was preceded by the registrations of various events including Droid Blitz (Design an Amphibious Bot Competition), Sand Rover (Maneuvering and Robotics Skills Competitions), Arm of Achelous (an event to design a syringe-actuated arm), Embetronix (an electronics event), Robowars, Laws of Motionand more. 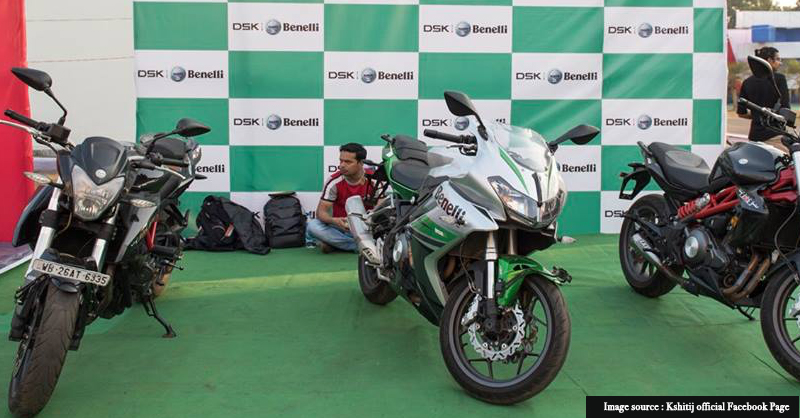 The second day of Kshitij 2018 was no less as it included the Guest Lectures with the Keynote Speakers being Ms. Nida Hasan and Dr. János Pach from Hungary (Professor at Courant Institute of Mathematical Sciences at New York University and EPFL Lausanne) in Awaaz, IIT Kharagpur;he came to deliver a lecture on combinatorics. The other events which were held on the day included the Philips Workshop on ‘Internet of Things and Lighting’, Nightshift Paper Release, ICC (Indian Case Challenge), Informals, Auto Expo, Exhibitions, Eureka, IBM Block Chain Hackathon, Workshop by Kharagpur Open Source Society, Hired (a platform to exercise your skills to tackle HR questions for an interview), L & T – Tech-Talk, Tech-Talk On The Topic ‘Autopilot For Unmanned Aerial Systems’, Talk on CPR, WorldQuant Workshop, Code-O Soccer (a simulation-based strategy coding competition), Nvidia Workshop (workshop on GPU computing fuels AI & HPC), HPE Workshop, IBM Workshop with Tech Talk on Business Analytics by Mr. Sumanta K. Adhikari, Senior Data Scientist and Business Computing by Mr. Joydeep Banerjee, Global PM&T Lead (EA-Microsoft), KLA Tencore Workshop, Prana Studio Workshop (Film Making – Animation and Visual Effects Workshop), UNIX Hackpro, BPlan, the tutorials of the Open Source Summit, Nightshift,Prelims of the events likeAnadigix, Maths Olympiad, Source Code andOvernite (night long hacking competition) and more. The major highlight of the day was the Megashows with Karunesh Talwarand Anirban Dasgupta who on an amazing voyage of laughter and tickled everyone’s funny bones; their performance certainly filled the night with humor and satire. The night was proceeded by the performance of DJSara Santini from Portugal, which rejuvenated everyone with a peg of Techquilaand the scintillating performance of the Naalayak Band; theawesomeness quotient that they added to Kshitij was amazing as they lighted up the atmosphere with their heart throbbing performance so much that the audience couldn’t stop grooving to the beats and their concert didn’t fail to give the day, the perfect ending. 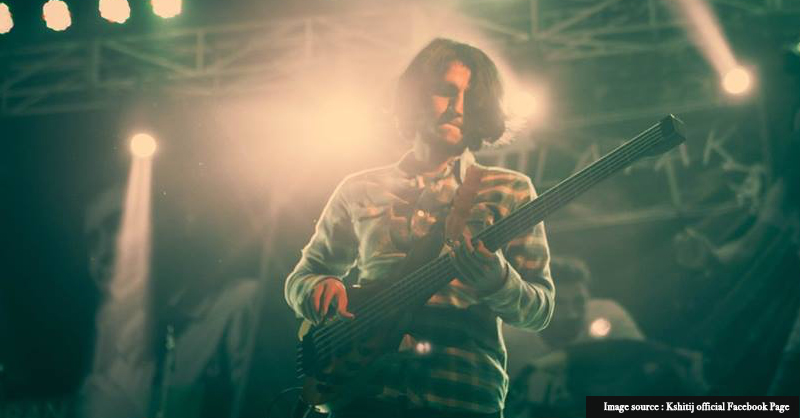 The last day of Kshitij 2018 surely had to be the most memorable one as it held many awaited activities which comprised of the finals of various events and competitions including Robowars, Laws of Motion, Sand Rover,Arm of Achelous, Informals- Battle of Minds, Anadigix, the Tech Quiz, B-Plan, Code-o-Soccer, Biz Quiz, Math Olympiad, Source Codeand more. the Workshops held on the day were the Microsoft Workshop on ‘Human like-AI’, for all those computer enthusiasts having interest in gaming, computing, and AI; the Mahindra Workshop on ‘Design of Sustainable Innovations’by Mahindra Rise; the Intel Workshop on ‘Intel AI Academy including Intel ML/DL tools & frameworks’and the GDG Workshop (Google Development Group)on Java, Android, and Kotlin. The Open Source Summitwhich was full of Talks, by the Open Source Mentors including Google Summer of Code mentors as well with On-spot Lightning Talks being the are another part of the day; ‘Biomimicry’ which was an opportunity for the participants to work on real life problems with nature in its novel event; the Goldberg Challenge which was all about to crack an egg and placing it in a bowl by designing a Rube Goldberg machine, which can be defined as a deliberately over-engineered machine that performs a simple task in a very sophisticated fashion, usually including a chain reaction; the Data Challenge which was a data analytics event which will test your knowledge in solving the real world problem and business situations and the Xilinx Challenge which was an event of designing an innovative, feasible, complex technological breakthrough using Xilinx FPGAs and tools; all of thesewere amongst the major highlights of the day. The Guest lecturers of the day included the keynote speakers’ being- The former head of DRDO, Dr. Vasudev Kalkunte Aatrewho is a recipient of the ‘Padma Bhushan, India’s third highest civilian award’, and the ‘Padma Vibhushan, India’s second highest civilian award’. He had previously served as the Scientific Adviser to the Defence Minister of India; Mr. D Sivanandan– He held the position of the Police Commissioner of Mumbai, promoted as part of the aftermath of the November 2008 Mumbai attacks and is one of India’s most well-known and highly regarded IPS officers (He was also Deputy Director of Intelligence Bureau and Joint Director of CBI); In continuation of the streak of eminent personalities the last keynote speaker of the day was the very famous Director who carries an effortless realism in his films, a sense of ease in which his characters converse Imtiaz Ali, and the lecture sessions ended on a very inspirational and motivating note. But, how could the last day of the festival end without the Megashow- EDM Night featuring DJ Sartek, the only Indian to have all releases on Beatport top 100 charts, his performance certainly made the audience go wow and they couldn’t stop grooving on the music beats; his heart-throbbing live concert gave the festival the perfect scintilating end. 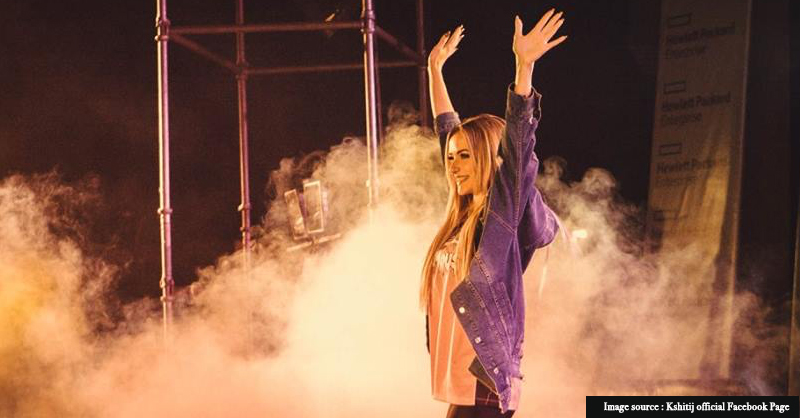 The festival ended on a commendable note, with great achievements and new heights. Kshitij 2018 gave the audience, the inspiration to grow and to never stop creating anything new for the development of one own self, technology and the society as well.The diligenceand the dedication of everybodycame out with flying colors as the festival went off swimminglyand clothed to be a success; with such a lot to be told, gain, grow and pioneerfor the students; and excitement and high hopes for additional for ensuing year, Kshitij 2018, IIT Kharagpur signed off.