Technex is the annual Techno-Management festival of Indian Institute of Technology (IIT) Bhu, Varanasi. This was the 79thedition of the festival this year and was held for an epoch of three nights and four days i.e. from 16thFebruary to 18thFebruary 2018. The festival is held every year with the motive of promoting technology and the theme of the fest this year was Innovation is Contagious.  It is one of the biggest techno-management festivals amongst the IIT Colleges with great footfall of over 5, 00,000+ with over 600+ participating colleges and 100+ companies. The festival was loaded with a variety of events like Competitions, Exhibitions, Workshops, Guest Lecture Series, Professional Shows, Tech-Competitions and much more. Technex 2018 worked for a social cause of “Energy- Today’s conserved is tomorrow’s resource” as well, to contribute their share for the betterment of the society by saving the energy and reducing the energy consumption; both for the people, society and the environment as a whole.

A very few college festivals exist which work for a social cause, Technex 2018 IIT Bhu, Varanasi was one of those. The social cause of Technex this year was “Energy- Today’s conserved is tomorrow’s resource”. It was a large initiative of its kind in order to warfare against the over-use and depletion of fossils and energy sources. It was a step taken to encourage people to save the energy by not only using less energy/not wasting energy resources but also by using the green and economic sources of energy keeping sustainable goals in mind. The other social initiatives were SAKSHAMwhich consisted of solving the problems of one of the following regions of India- North, South, East, West and Central. The winning team proposed the idea of installing optical fibers in railway tracks to prevent derailment and rail accidents; GREENXthat demanded innovative technological or non-technological solutions to manage solid and liquid wastes; SAMPANNthat consisted of ways to prevent agricultural pollution and VIKALP was related to solutions for saving every single drop of water and solving this crisis.

By the end of this century, nearly all of the economically retrievablefossil fuels shall deplete. There will be shortages. As the depletion rate of the fuels will increase; a need to prepare for a radically different lifestyle will certainly arise. The campaign not simply targeted on reducing energy consumption but also additionally emphasized on using the green and economic sources of energy keeping sustainable goals in mind. Technex, IIT BHU Varanasi under the social campaign week planned to man oeuvrethrough panel discussions, a cycle marathon, a zero-energy hour and a heap a lot of tocreate awareness among people on the sinisterissue of excessive energy consumption and exercise to extend these concepts over energy efficiency of economic vitality. 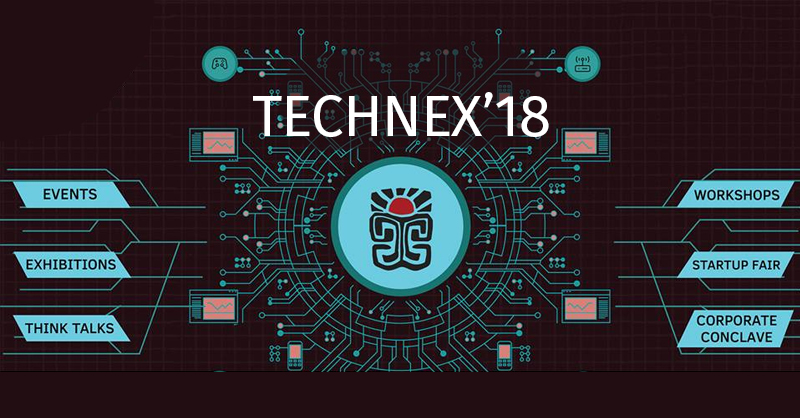 Technex-2018, one of the biggest techno-management festivals amongst the IIT Colleges was brimmed with breath-taking events, competitions and performances with great footfall and many participating colleges nationwide. Over 50+ events were held and were categorized under few headings and they were Events, Think Talks, Startup Fair, Corporate Conclave, Symposium, Workshopsand Exhibitions.

Technex 2018 was declared open on Friday, 16thFebruary, 2018 with theinauguration ceremony which was organized to officially start the 79thedition of the annual techno-management fest. Technex began with the commencement of various events and activities proceeded after the inauguration ceremony.  The various events held on the first day of the fest were: the Maze Explorer, Robowars, Pixelatewhere the participants had to construct an autonomous robot that used feed from an overhead camera and apply image processing techniques to accomplish various tasks on a factory floor; Hurdlemania where the participants had to construct a racing bot, which could compete and traverse through the arena full of sharp turns, rough paths and undulations; Drone – Tech, D’aero – Glisseur which was all about to design and fabricate a remote-controlled, wireless hovercraft which can traverse varied terrains; LA – Trajectoire which was all about to design a wireless radio controlled aircraft;Momentumwhich was an event to design and construct your water propelled rocket;Axelerate which was to manufacture a customized IC/RC car to race off the road in the dirt;Goldberg’s Alley– this competition involves building a robot that does the job of shooting the ball. And your work is to control that bot;Bridge – It, Hydracswhich was to create a hydraulic crane;Modex (Model Exhibition), Krackat, Analyticity, Astro – Quiz, Exploring the Interstellar (Prelims) and Exploring the Interstellar (Skygazing);Environmental Events likeAagaz, Sampan, Saksham, Vikalp andGreen X.other activities which were held on the day was the Think Talk with Ajay Bhatt- the man who made connecting the world a lot easier by developing the ‘universally’ compatible USB, AGP, PCI Express and various chip improvements. The developer of USB, an inseparable part of life of students, Ajay Bhatt exclusively addressed at Technex’018 and spread the infection of Innovation; in the Start Up Fair were the Ventura(Round 1) and Startup Battleto strengthen your corporate relations; the activities with the British Council(in the Corporate Conclave section)and much more. The evening was featured with a panel discussion on the hot topic Cryptocurrency with Sunny Vaghela, Sathvik Vishwanath, Mohit Chawla and  Vishal Nigam and ending the Day with LOLs Club featuring the one and only Abish Mathew; whose sense of humor and laughter tickled the funny bones of the audience and the day ended on a happening note. 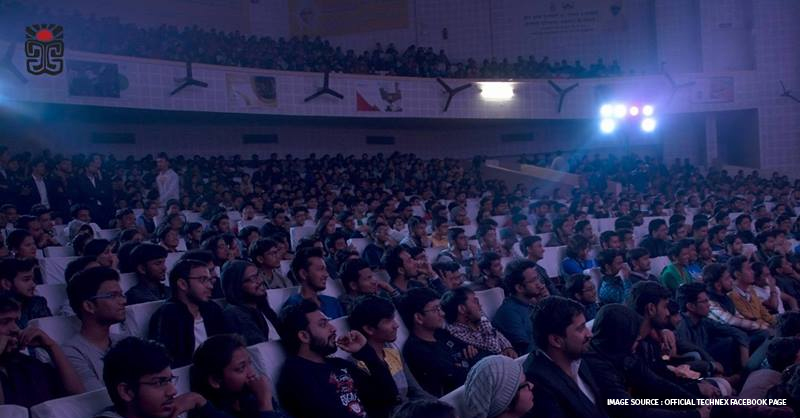 The second day of Technex 2018 was no lessas it started with a boom with various Informals, Think Talks and other amazing events on the plate. Events like the RC car eventand the Modex Exhibition, E2 Economics Enigma (Discussion), Manthanwere organized. From sustainable management to neuro-tech, every field was covered in the exhibitions. The various models presented included those on smart village, porous hollow concrete, a prototype of the Moon Rover, and the Go-Green generator. The eye-catching exhibitions were those of a Brain Controlled Car, hand controlled drone, 3D printing and various robots of the new era among others. Other major highlights of the day included: The Think Talk of Mrs. Ada Yonath, the Nobel Laureate was inspiring and she talked about how they revolutionized the study of ribosome using the cryo-freezing mechanism and about the threat posed by superbugs to humanity due to the indiscriminate use of antibiotics.The students were conjointly given an opportunity to replicate on their interest in marketing with a Think Talk by the Senior V.P. of Reliance Industries Limited, Mr. Vinayak Maratheand the talk focused on the topic, “Innovation is Contagious”.His speakadditionallytargeted on however India could be a country of youth and youth got toprovide themselves the responsibility of driving the change. He additionally mentioned that as fests are meant for fun, one shouldadditionally try and extract whatever knowledge that they can. The second session of the Corporate Conclave was conducted by Wipro Limitedand it was headed by Mr. Vishwas Deep, Vice President and Global Head for Talent Acquisition by Wipro Limited. The session mainly focused on Globalization, the various emerging software technologies, the recruitment cycle, job descriptions, profile matching, top coder and last but not the least the interview-bot (WINDY). It was followed by a quick question-answer round with the audience. The events in the startup fair included a workshop which was conducted by Mr. Ishwar Jha.The workshop provided an insight about the basic entrepreneurship skills. It was followed by Round 2 of Venturawhere the selected B Plan teams from round 1 pitched their ideas in-front of a panel consisting of 6 members. Later the evening saw the beginning of the networking session of “Start-up Battle” where the representatives from an early stage startup interacted and networked with the VCs individually. The show stealer of the day was the Institute Day celebration. The 4th Institute Day was inaugurated by Dr. Rajeev Sangal. On the first day of the Institute Day, industrialists and entrepreneurs of the region interacted with the academia for possible collaboration and technology transfer.The day ended with the Silent Discoinformal event and the screening of the movie “Yeh Jawaani Hai Deewani”. 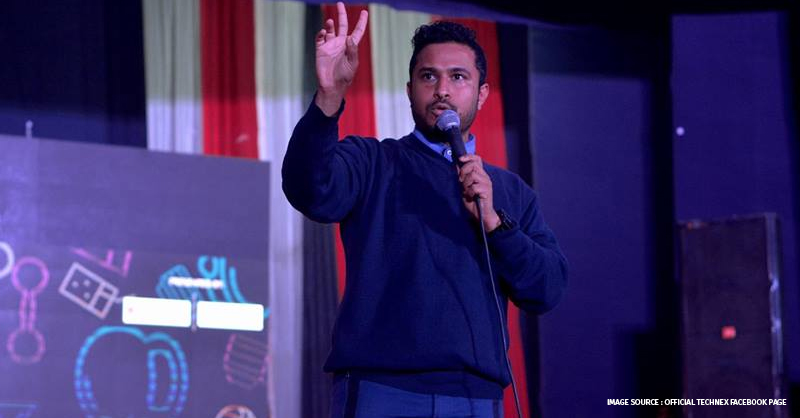 The last day of Technex 2018, came up with more of surprises and fun competitions to look forward to. The Events held on the day included Maze Explorer, Robowars, Pinelate, Hurdlemania, Bridge – It, Modex (Presentation Round), E2 Economist’s Enigma (Presentation), Manthan, AnalyticityandScientists of Utopia. The day began with the brilliant Professor Veerbhadra MishraMemorial Airshow,the largest airshow in North India, organized by the Aeromodelling Club. The Corporate Conclave session saw VMWarebring out to students its various internship and placement opportunities. The session was presented by Mr.Prajwal, a part of the university recruitment team and Mr. Sharad, the technical camp head at VMWare. They discussed in length about the various domains in which the company and its parent foundation VMFoundation, is working as well as about the wonderful work culture at the company. They also talked about VMware forming the base of Jio and various virtualization and cloud platforms and at the end, discussed as to why one should choose VMware. The Institute Day 2018 witnessed a phenomenal participation of the students as well as the faculty members from the institute. It proved to be an event to showcase the academic strengths of the institute at all levels. This year, Popular Choice Award was introduced at the departmental level to come up with the most popular project among the visitors, which included students, faculties and external participants. Pahalkicked off on Friday with teams coming from various states filled with enthusiasm and zeal to bag the first prize. Aagazconsisted of designing a newly discovered Utopian land keeping in mind seventeen U.N. goals. Start-up Battle, the category for early-stage startups in Start-up Fair, began with the pitching session and totally 12 startups presented their idea and proposed the business plan. It was followed by a thoughtful panel discussion on the topic – “What does it take to become a New Age Entrepreneur?”following which the results of Ventura and Start-up Battle were announced. However, the other major highlights of the day were: The Think Talk of Mr.Ritwik Batabyal, the Chief Technical Officer (CTO) of Wipro was organized. His talk was inspiring and motivating. The last Think Talk of Technex’18 was presented by Dr. Pawan Agrawal, CEO of Mumbai Dabbawalas as well as an international motivational speaker, author and educationist. Dr Agrawal explained the struggle and dedication of the Dabbawalas and later on concluded with the moral values that everyone should learn from the Dabbawalas. Meanwhile, he also discussed his charitable and educational trust where he teaches more than 5000 socially deprived students. 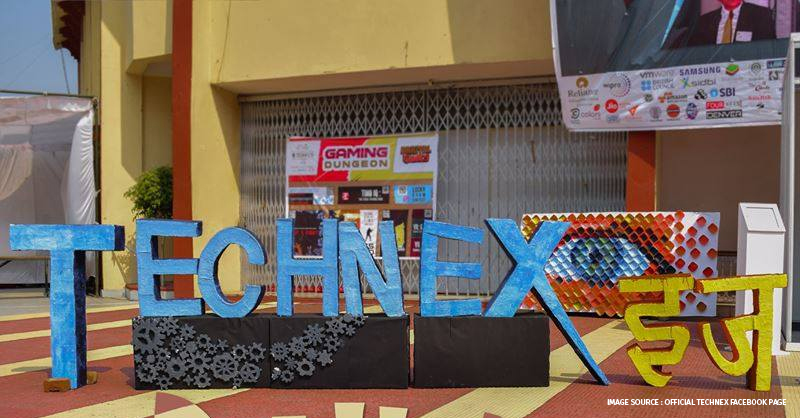 Well, well!! How could the Techno-Management festival Technex 2018 IIT Bhu, Varanasi end without the very scintillating all-rounder Piyush Mishra, a multitalented artist who embellished the Technex Day 3 with his “Guftagoo”. DoSA,Dean. of R&Dand many other professors. He recited some of his great poems and songs. He talked about his love, life and at last, he also said that he is a great admirer of Armed forces and dedicated the event to them. This gave the fest the perfect ending and dropped the curtains of Technex 2018.

The festival ended on an exuberant note, with great achievements and new heights, leaving behind golden memories for everyone to grow, gain and learn. The efforts and devotion of everyone turned out with flying colors as the festival went smoothly and came out to be successful. The technical ride of the festival came to an abeyance for everyone until Technex 2018.

WAC team brings you the best content revolving around education, careers and more.