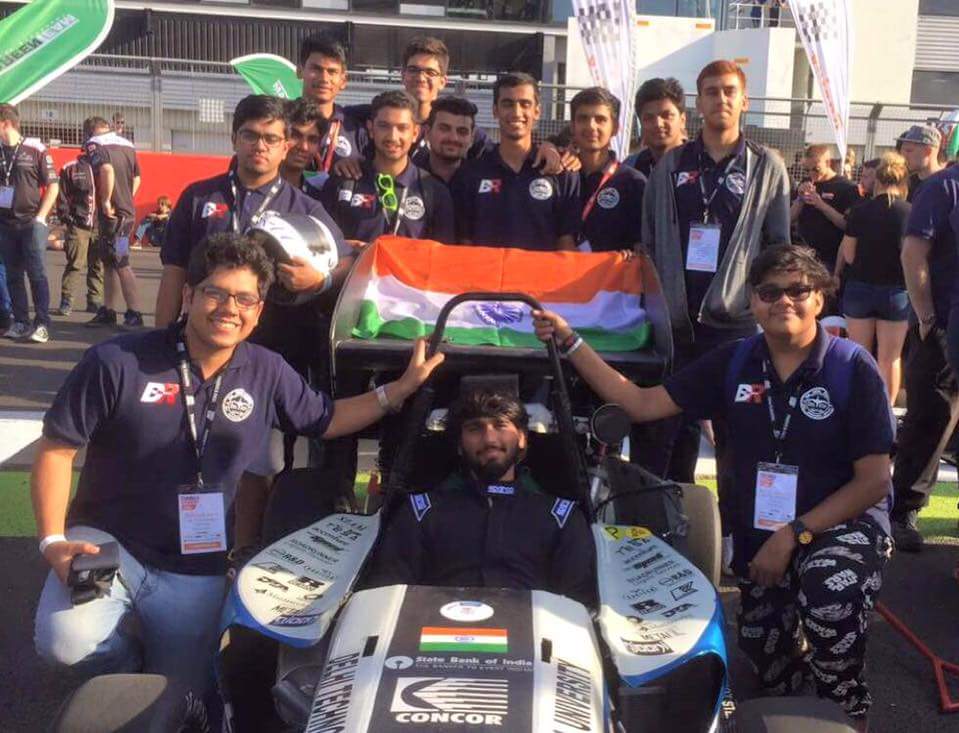 Imagine being a part of F1 racing team right from your college. Well if you are a DTU student, achieving that dream might not be that difficult. Team Defianz Racing is an international student project being run by the Delhi Technological University since 2003 consisting of 30 member group of extraordinarily talented student. Over a year, they conceptualize and develop a race-ready formula car and participate in competitions in India and abroad. Living the dream, eh?

Formula SAE is a student design competition organised by SAE International (formerly Society of Automotive Engineers). The concept behind Formula SAE is that a fictional manufacturing company has contracted a design team to develop a small Formula-style race car. The prototype race car is to be evaluated for its potential as a production item. The target marketing group for the race car is the non-professional weekend autocross racer. Each student team designs, builds and tests a prototype based on a series of rules whose purpose is both to ensure onsite event operations and promote clever problem solving. It takes students out of the classroom and allows them to apply textbook theories to real work experiences. Designing the car requires considerate decision making and trading off amongst cost, functionality, utility, manufacturability, weight and sustainability. The enduring process involving everything from theory to practical application provides exposure to real world challenges and trains the students to work within a team with a unified direction of effort. This is why the Formula SAE is widely acknowledged by many educational institutions and industrial giants as a valuable experience in the learning curve of any student, proven by the fact that the competition is attended by companies amongst the likes of Jaguar,  Airbus, Land Rover, Mercedes etc.

Why and how did you get started with this?

The team was started in 2003. Ours was the first Formula Student team in Asia and we would like to believe that we’ve contributed to the emergence of motorsport culture in India. The competition allows us to see how things happen in the real world. The enduring process involving everything from practical application of theory to corporate dealing and international logistics management provides exposure to real world challenges. It’s a unique experience, vital to a holistic growth, and that’s what interested the founding members. 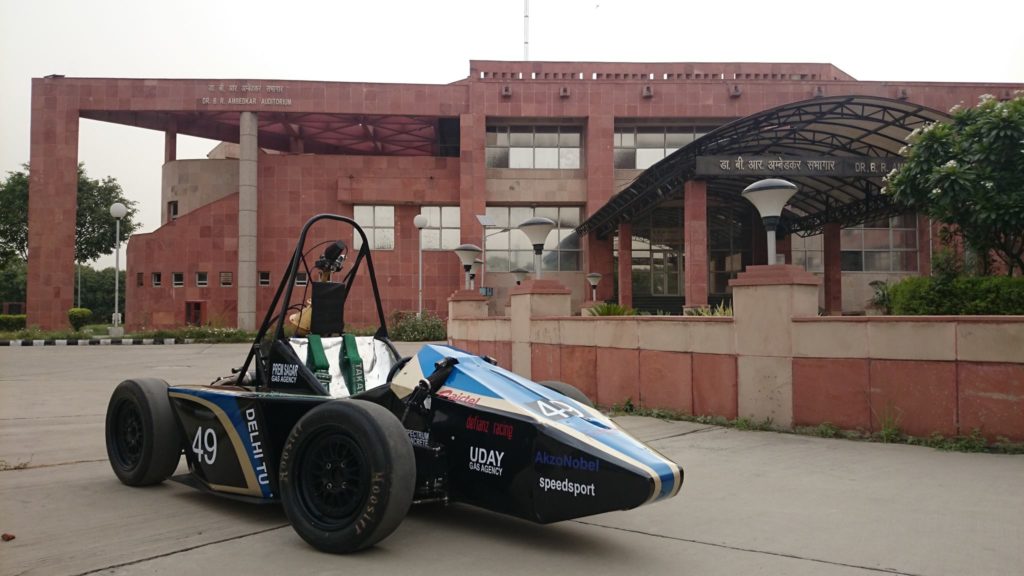 What were the challenges you faced?

Dealing with dearth of funds and technical setbacks due to absence of required technology as compared to our competitors are the major setbacks we face. However, over the years the team has learnt how to overcome them and evolve constantly.

How do you manage funds for this? How easy or difficult was it to get sponsors on board?

Sponsorships help us thrive. Many such generous associations with industry giants since 2003 have helped us get this far. Sanctioned resources, monetary or in-kind, are spent on designing, part machining, buying components, transportation of vehicle, accommodation and travel of team members to the events.  Their support is used to make technological advancements to our design. Getting sponsors onboard is a difficult task. However, as the the team has proven itself year after year, it has instilled confidence in the companies and makes it easier to initiate a mutually beneficial collaboration.

What have been your biggest achievements so far?

The team participates in the FS India where most Indian teams participate and at the FS UK which sees a participation of over 150 countries from around 30 countries. Some of the team’s most notable achievements are:

Do you guys see yourself pursuing this seriously post college as well?

We are a team of 30 members working in different departments. To effectively run the team people are needed not only for designing but for manufacturing and management roles as well. Every year we have people entering various industries and taking up technical or management/analytical jobs. A lot of them continue with their passion and go for a Masters degree in related fields or join the Automotive industry.

Every guy once in his life wanted to be a (or probably still wants to be a) F1 racer? What are the steps one can take to make this reality? What are the next big upcoming trends in the field of F1 racing?

Motorsports culture is an emerging one in India. The number of teams that participate in the Formula Student competitions in India and around the world increases every year. This helps in creating a racing culture at the grassroots level. Narain Karthikeyan is a stellar inspirational figure for someone who wants to pursue this as a career. However due to the current lack of popularity, it seems a little farfetched. The one thing which has driven us a little further in the field is the Formula One Indian Grand Prix which took place in 2011, at the newly built Buddh International Circuit. The governing body of motorsport in India is Federation of Motor Sports Clubs of India (FMSCI). Over the years it has involved leading business corporates like JK tyres, MRF, IOC, ITC, AVT, Maruti, TVS, Escorts Yamaha, and Hero Honda which has benefited the sport. There are two international race tracks, one at Buddh International and the other at Chennai by Madras Motor sports Club. There is only one academy which trains aspiring drivers, which is also run by FMSCI members, known by the name The Advance Driving & Corporate Academy. Motorsports culture in India is, albeit slowly, on the rise and should become a viable future option for youngsters around 10 years down the line.

How big a role your college played in your success?

Our University supports us in a huge way by providing constant encouragement as well as monetary support. Our University appointed faculty advisor has provided us with everything the team requires from the college and is a constant and enthusiastic supporter of our endeavour.

What’s next for you guys?

The team is currently in the designing and manufacturing phase of the DR’17. For the 2017 season, Team Defianz Racing is being primarily sponsored by KTM. KTM has provided the team with KTM 500-EXC 2017 edition engines. Other areas where the team will lay emphasis on are the Aerodynamic package, drag reduction system and a variable length intake manifold. 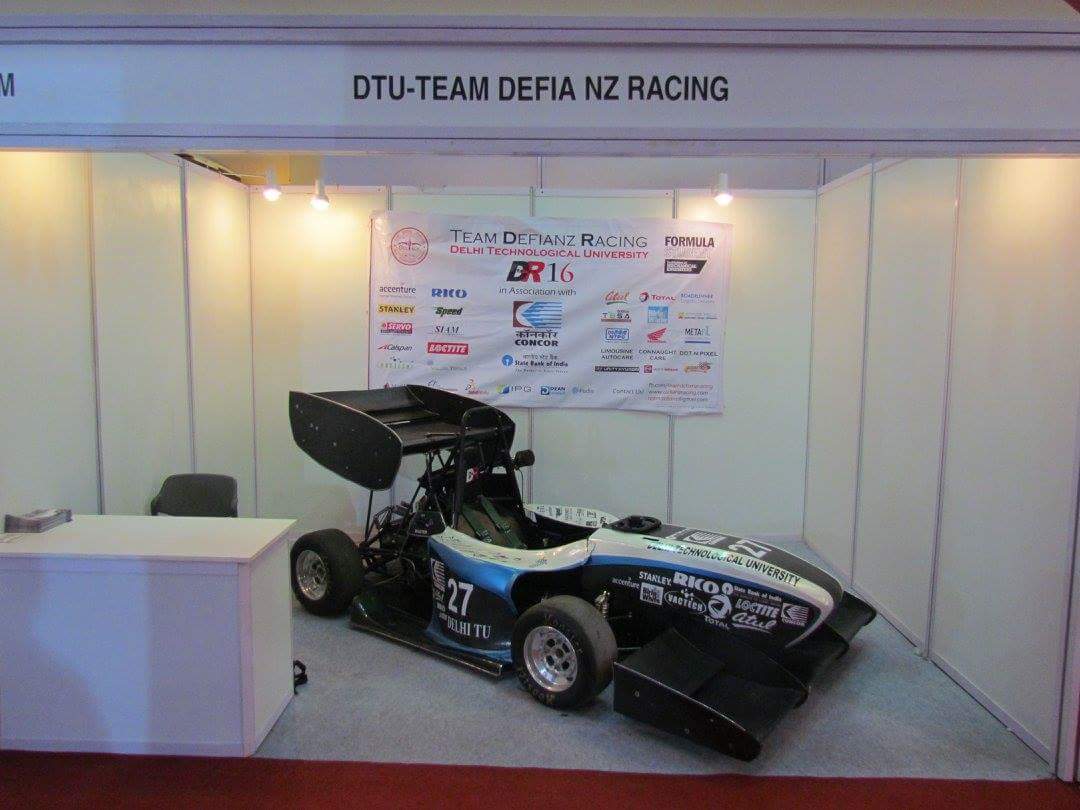 Fill this form
× How can I help you?