Exodia is the annual techno-cultural festival of IIT Mandi, Himachal Pradesh. It is one of the most colossal events of the Himalayan Region, which started in 2012 and the custom follows up till today. This was the seventh edition of the festival with the slogan Come, witness the Moksha, held over a span of three days from 6th-8thApril 2018 with great footfall and many alluring events. The chief motive of the festival is not only to promote creativity, imagination and technical skills; but also to promote the Himalayan Region, its culture and beauty; captivating a lot of crowd from all over the North India. The festival was loaded with fun and entertaining events branched on the sub-categories namely, Cultural Events, Technical Events, Literary Events and Workshops, Exhibitions, EDM Nights, Online Events; all of these included many interesting activities from every province. 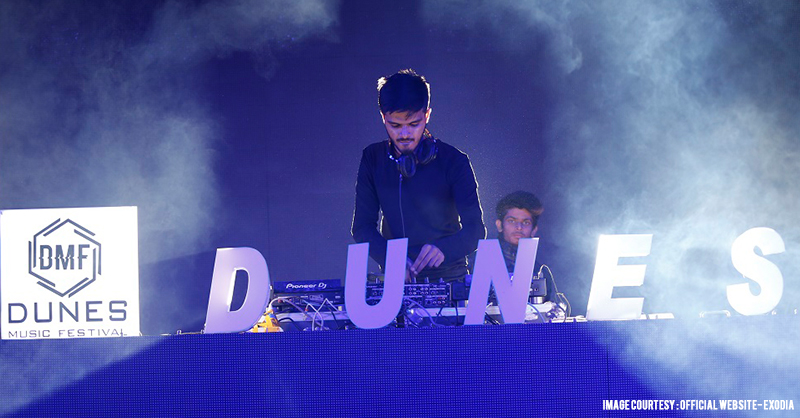 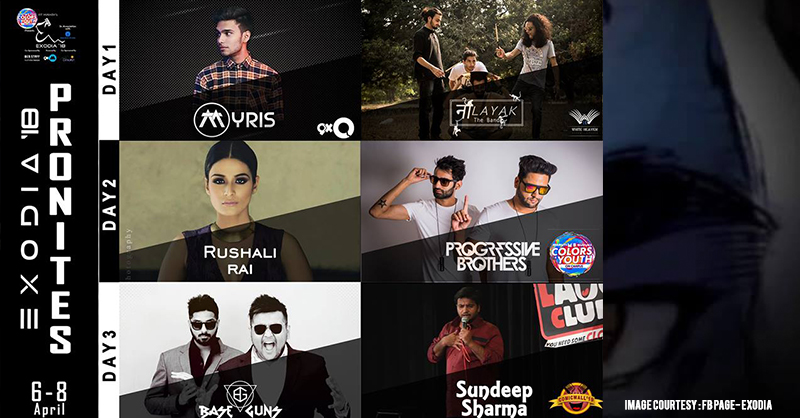 Exodia 2018 was declared open with the commencement of various competitions and events, sports activities, fashion shows and more. The events were loaded with performances from every dimension; be it art, dance, photography, street plays, fashion shows and what not!? Many events in various technical and cultural genres were held. The three days techno-cultural extravaganza was a complete assortment of revelations and celebrity aplenty. These Events & Competitions always motivate the students to enhance their intelligence so that they can create and innovate for a better tomorrow. However, all the events were held in the College Campus itself and few of the interesting features of the festival were Silent Disco, Fill the Feel (Story writing and narration competition), Cocktail (Debate competition), Art and Design (Animation and Image editing competition), Doodle Contest, Quizar (the Astronomy quiz), Mr. & Ms. Exodia 2018, React and Act, FlashMob, several Events by Colors of Youth, Landscape and Portrait Photography and more. 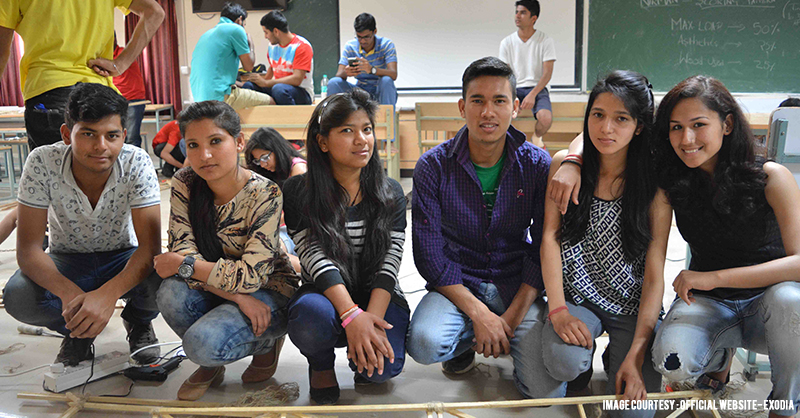 The first day blended the pleasant weather of April with the cool chilly winds from the Himalayas with exciting events including the Line Follower which was to device an Autonomous vehicle capable of Navigating Efficiently through guided Black lines on a white floor, the Engineer’s Emporium, Tech Workshops, RC Nitro Car (Mechanical event), Hurdle Rush, Conundrum, Junkyard Wars, Protrex (Robotics workshop), Faculty Problems Statement (Internships events), Synchronians (Group Dance event), Viaduct and many more to dub. However, the headliners of the day were Dj Myris and the Naalayak Band; theawesomeness quotient that they added to Exodia was amazing as they lighted up the atmosphere with their heart throbbing performances so much that the audience couldn’t stop grooving to the beats and the night surely had to end on a high note.

How could the second day leave itself behind? With THE exceptional events and performances including the Groove Fanatics (hip-hop dance competition), Band Slam (competition of the bands), Robowars, the Engineer’s Emporium, Engineer’s Colloquium, Junkyard Wars Exhibition, Tech Workshop, Zenith Horizon, Appdev 1.0 and Internet of Things (Coding workshops),the Line Follower, Canvas (Painting competition) and much more for the day. However, the flashing highlights of the day was the very glamorousCoture-the Fashion Show with the Miss. India Finalist and Miss. Delhi Rushali Raias the judge and the rocking Progressive Brothers; the Indian Electronic music duo band, who lightened up the blazing experience at the EDM Nightof the biggest tech-cult fest of the Himalayas – Exodia IIT Mandi and surely they did inspire the audience to progressin the field of music.

The last day surely had to be a memorable one with jaw-dropping events and competitions including the Street Soul (Nukkad Natak competition), the Galileon, Dementia, the Exodia Idol (Singing competition), the Digital Workshop, the Talk Show, the IPL Auction which was all about putting yourself in the shoes of a bidder to build the dream team for cricket and IPL lovers,Robowars andmuch more to name. Theperformance by the very famous stand-up comedian Sundeep Sharma, best characterized as an Actor, television script writer, radio producer, voice over artist and a Standup comedian spiced the day up. His tremendous humor gave the sense of laughter and cheer to the audience and certainly they didn’t wanted him to end and with these humorous and cheerful vibes the evening was proceeded to the EDM Nightsection with the Base Guns..The band gave the audience goose bumps with their electrifying performance. It was the biggest of all the EDM Nights of Exodia 2018 and their concert didn’t fail to give the fest the perfect ending and this dropped the curtains of Exodia 2018. 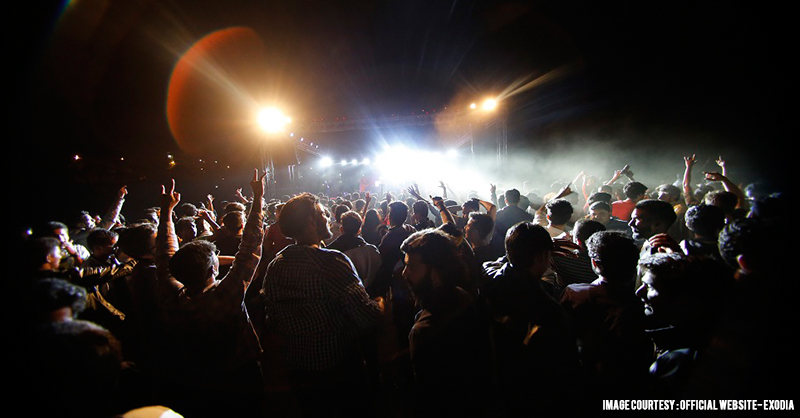 The festival ended on a comprehending note, with great achievements and new heights. Exodia 2018 gave the audience, the inspiration to grow and to never stop creating anything new for the development of one own self, technology and the society as well. The hard work and the dedication of everyone came out with flying colors as the festival went off smoothly and turned out to be a success. This crazy journey in one of the most beautiful valleys of India enthralled the audience with that flair hidden inside them and therein energized them to ‘Experience the Moksh’.With so much to learn, gain, grow and innovate for the students; and excitement and high hopes for more for the next year, Exodia 2018 IIT Mandi signed off.

You could also checkout our similar coverages of College fest of IIT Delhi , IIT Bombay and IIT Roorkee