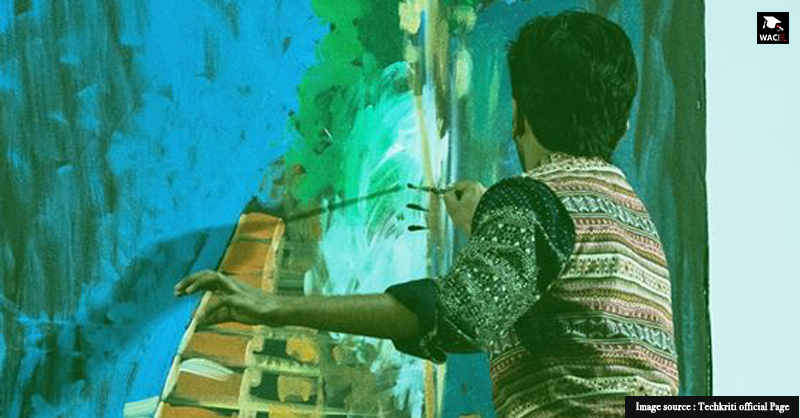 The theme of the festival being ‘Prism of Possibilities’, the events aimed to develop ideas that can accomplish ways to make the lives of Indian people better in every way possible. Over 100 events were held in the festival which concentrated on technology (and its promotion) and the evolution of technology- its fields and other genres as well. However, the few other highlights of Techkriti 2018 were events like the central competitions in Techkriti’14, ‘ECDC’ – FPGAandAnnontrix which were the cluster of many events giving students an opportunity to showcase their technical skills in the field of electronics and circuit designing;Workshops held in Techkriti 2018 included the Scientific Writing Workshop 2018-in King George’s Medical University,Lucknow (Uttar Pradesh) and STARS-2018 Workshop on Statistical Techniques and R Software in IITKanpur, Kanpur (Uttar Pradesh) and many more activities which made the fest an exciting one. 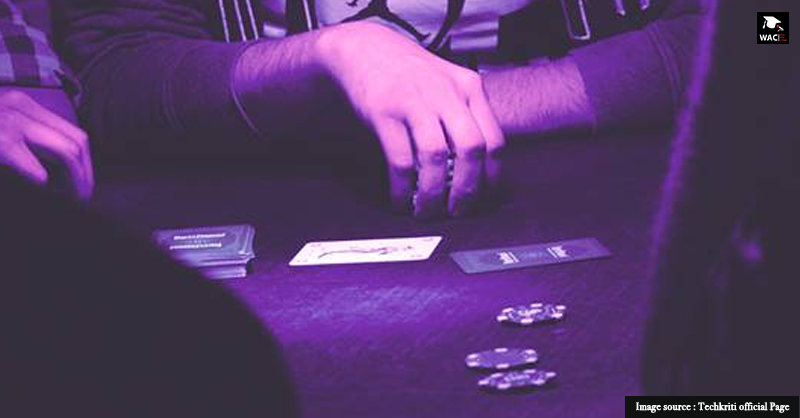 The four days technical extravaganza festival was declared open with the Inauguration Ceremony of Techkriti 2018; with the talks of Atul Tiwari, the minister everyone saw in 3 idiots, Shyam Benegaland the well-renowned film director. The talk session with Mr. Shyam Benegalwho has been the director of movies like Ankur(1973) and Nishant (1975) and is also the recipient of various prestigious awards like Padma Shri, Padma Bhushan and Dadasaheb Phalke Award; was so inspiring that the whole hall echoed with claps as people realized that a legend was standing right in front of them.He talked about the transformation of the Indian cinema from the old times to the modern one and how it has changed over the years.He also talked about how middle-man cinema was created while cracked some puns in between to lighten up the mood of the audience.In this one hour long discussion he threw light upon the fact that how the cult classics have been the seed to the modern cinema and about the changes cinema brought to society and he ended up on the note that “Cinema is cinema maybe it be social, cultural, romantic.It’s an art to be admired.” a token of appreciation was given to Sir Shyam Benegalby the chairman and other dignitaries present in the event for guiding the students to the right path.The Inauguration Ceremony kick started the festival proceeded by various events and competitions. The events which were held were divided into few sections like Show/Talks, Megaworld, Competitions, Workshops and more.  Few of the activities which were held on the day one of the festival were Puzzlemania, Blind Date Prelims andAntakshari in the Megaworld section.The first day ended with a promise that there is a lot in store to look forward to.

The second day of Techkriti 2018 was no less as it included various activities in the Competitions like the prelims of the Robowars, IARC, Monoeuvre, Electromania (a central competition in Techkriti’14, ‘ECDC’),AIRC-All India research championship (An Artificial Intelligence and Internet of Things Competition),Embedded (central competition in Techkriti’14, ‘ECDC’),Multirotor, TGP-Techkriti Grand Prix (a miniature model of a remote-controlled vehicle Racing Competition), Hour Mania, Sky Sparks (a RC Aircraft Competition), BDC-Bridge Design Challenge, Creative Mapping, Egg Drop Challenge (an on spot event to design a compact structure.), Concrete Quiz, Stratazenith (a Flagship Event), Soccon, TIC (Techkriti Innovation Challenge), Policy Watch, Best Manager (business event), Marketing Villa (business event)andUpstart Pioneer (business event). In the Megaworld section were the activities like the Scavenger Hunt, the Treasure Hunt and the Blind Date. The Workshops held on the day were the Embedded & VLSI Design Workshop, the Touch & Augmented Reality Workshop and the Robo Expedition Workshop. The other highlights of the day were Mandakiniwhich included a session withMr. Chander Devgun(President- SPACE Foundation at 5th Inter IIT Tech Meet) as the judge of ‘Eyes on the Sky’; the awe-inspiring talks with Shailesh Nigam(Senior Vice President, Reliance Industries Limited) and Sujoy Kumar Guha(Indian biomedical engineerand the founder of the Centre for Biomedical Engineering, IIT Delhi and AIIMS). The day couldn’t end without the Pro-shows with Piyush Mishra who is an actor, a music director, a lyricist, singer and a scriptwriter; he addressed the story of his life which is nothing short of awe-inspiring; and certainly the humor element of the show with a live stand up of our very own Mast Admi: Biswa Kalyan Rath; he certainly tickled everyone’s funny bones and filled the evening with laughter and cheer with his hilarious jokes. The day ended on a cheerful note with loads of laughter and humor. 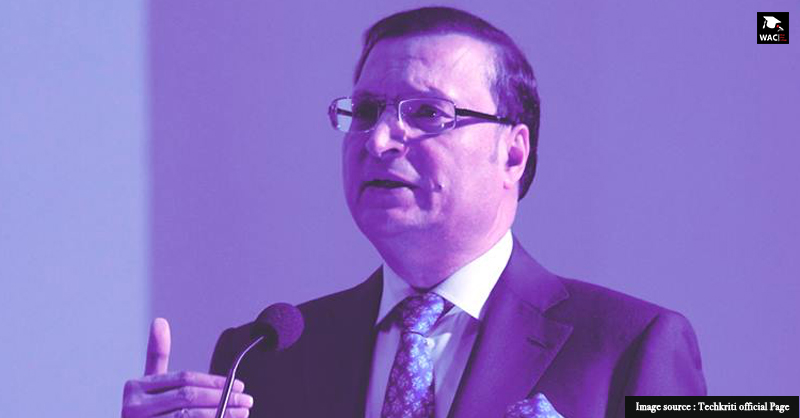 The third day of Techkriti 2018 was an amazing one as it included the finals of the Competitions like theAIRC-All India research championship (An Artificial Intelligence and Internet of Things Competition),Electromania (a central competition in Techkriti’14, ‘ECDC’),Embedded (central competition in Techkriti’14, ‘ECDC’), Multirotor, TGP-Techkriti Grand Prix (a miniature model of a remote-controlled vehicle Racing Competition), Sky Sparks (a RC Aircraft Competition), Concrete Quiz, Stratazenith (a Flagship Event), Soccon, TIC (Techkriti Innovation Challenge), I.I.I., Social Track, Bio Buzz and more. The day was incomplete without the Workshops and they were the Business Start-up Workshop, the Gesture Controlled Robotics Workshop and the Robo Expedition Workshop. The other major highlight of the day was Mandakiniwhich included a session with Mr. Yashwant Gupta(Astrophysicist and a Professor at the National Centre for Radio Astrophysics of the Tata Institute of Fundamental Research- PULSARS). One of the leading personalities of Airtel India, Mr. Sachin Verma, Head Infrastructure and Operations talked about the enhancement of leadership qualities in the Talk Show in the evening proceeded by the talk sessions of Mr.Simon James Arthur Taufel, a retired Australian cricket umpire, was earlier a member of the ICC Elite Umpire Panel and; Israel’s most veteran Member of Knesset, Hon’ble M.K. Amir Peretz, a member of the Defense and External Relations Committee and the Committee for the Advancement of Women and Gender Equality, former Deputy Prime Minister, Defense Minister, Minister of Environmental Protection and Leader of the Opposition, as well as Chair of the Labour Party and Chair of the Israeli Organization of Trade Unions; their sessions  certainly inspired the audience to work for the welfare and betterment of the society as a whole and for the advancement of peace and social justice. How could the day end without the Megashows and they were: the Laser Show,where everybody saw technology as its most stunning and inventive type as the whole sky was crammed with colors that could be seen within the eyes of the folks and weakened to their faces as smiles whereas an attractive show was place up by the assistance of assorted forms and colors of optical device lights thatfashioned a unique pattern at the side of the mixture of sound and music. And the Fire & LED Show “The Artmosphere performers” a supernatural and extremely distinctive choreographed show by the troupe of acrobatic, juggling and circus trained entertainers, particularly designed to inspire and amaze the audiences. The evening concluded with a promise that the last day is going to be a bang as the laser lights flashed once more within the arena waving a word of farewell to the individuals. 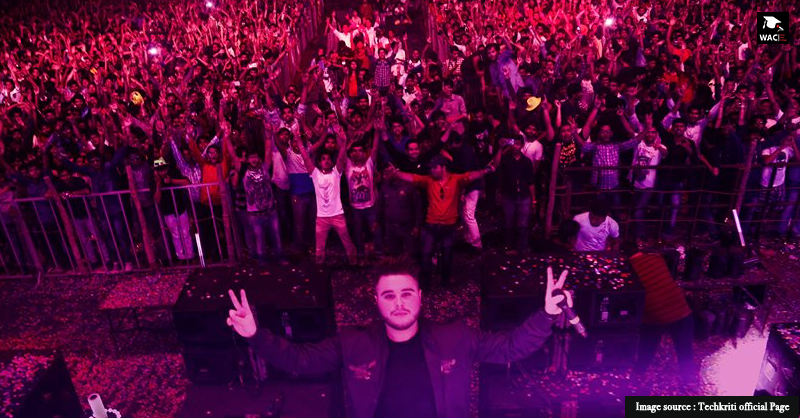 The last day of Techkriti 2018 surely had to be the most memorable one as it held many awaited activities which included mainly the finals of various competitions including Monoeuvre, Electrade, Hour Mania, Swimming Pool Parking, BDC-Bridge Design Challenge, Creative Mapping, Egg Drop Challenge, IORC, Pitch Premier(The Start-Up battle), Robowars, IARCand more. The activities in the Megaworld section including the Stage Fillers, Mad Ads, Auctioning and Mafia/Antakshari/ DumbC; The Sixth Sense Robotics Workshop and the talk session in Mandakiniwith Mr. Jitendra Goswami (Chief Scientist of Chandrayaan-1)were also amongst the highlights of the day. The sparkling and inspirational highlights of the day were with Mr. Nathan Phipps, Gen Bipin Rawat (the 27th Chief of Army Staff of the Indian Army), Head Architecture of Airtel India, Dr. Mohsin Waliwho is an Indian cardiologist and a former honorary physician to R. Venkataraman and Shankar Dayal Sharma and the serving physician to Hon’ble Pranab Mukherjee; who talked about his journey of becoming the youngest physician to serve an Indian President. How could the last day of the festival end without the Final Night event by none other than Willy William and DJ; the famous French singer, Willy William, ignited the stage with a whole new level of zest and Marnik Emanuele and Alessandro, known as Marnik, set alive the atmosphere with a scintillating performance to bring out zeal and enthusiasm of everyone present, and hence complete the fest in exhilarating note. 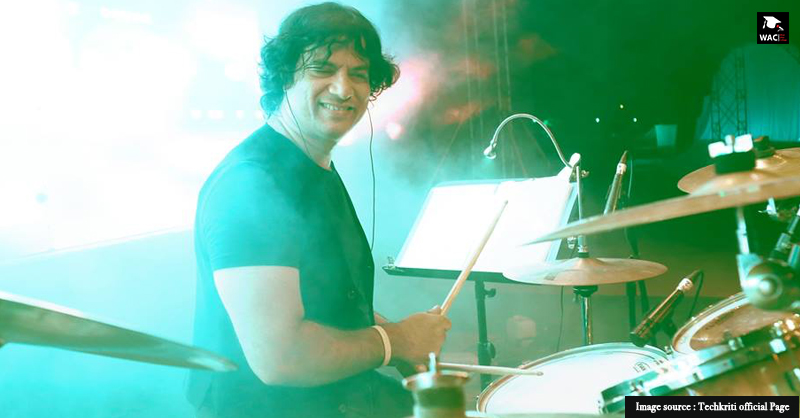 This techno-bonanza witnessed fierce, neck to neck competitions in various fields and the festival ended on a comprehending note, with great achievements and new heights. Techkriti 2018 gave the audience, the inspiration to grow and to never stop creating anything new for the development of one own self, technology and the society as well. The hard work and the dedication of everyone came out with flying colors as the festival went off smoothly and turned out to be a success; with so much to learn, gain, grow and innovate for the students; and excitement and high hopes for more for the next year, Techkriti 2018 IIT Kanpur signed off.