College Canteen – The Days gone by 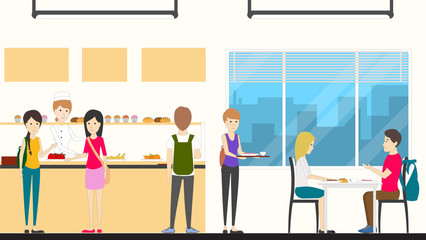 There was once a time when the college canteen was the most go to place for any student. Be it a discussion over the most boring lecture, or a debate over who is going to win the next football finale, the age-old tables witnessed it all. They sat through emotional break-ups, and witnessed hesitation of the first ‘I love you.’ They saw friendships begin, bloom and foster. They saw politics, drama, academics and the shift between them all, in their growing up years.

The canteen is old now. It’s used to the loneliness that old age brings. The wrinkles have appeared all across the country. For the children who so merrily played around it once, now have other preferences. The buzzing fast food corners go better with their image, no? Pocket money is no longer a restriction. Students don’t bunk lectures anymore. They bunk college all-together. The kitchen experiences a silence that has become as loud as a lull! And the dear patronizing cash drawer, that once overflowed with change, of cash and kind, now has absolutely no fear of demonetization.

Uncle Donald’s and the Fraandship buckets in their fancy wrap-ups have left the joy of eating over world news and Xerox notes far behind. Hip-hop is the new game, and Thrones, the new cool. Juices are not fit for the mother-swearing, ultra-cool palate any more. The Happy hours are of course off campus. The throbbing dance floors are the ones that have full attendance! And the months of scripting of a welcome speech, curled up on the corner table, is just so hard to find. 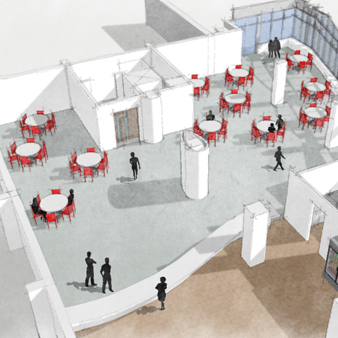 And yet the canteen, struggling for balance on its four-wheeled walker, maintains its smile. The grace and love that it was initially started with, still shines on its withering paint and webbed corners. It still fills the samosa-eaters with glee, and occasional giggles of early mornings, when everything but the canteen is shut, still makes it swell with pride. It is this early morning sunshine perhaps, that satiates it for a day. The occasional showers that hear oil boiling over pans again. Nervous answers it hears during exams. And the fact that it might be old, but it still hasn’t died.

Competition is not in its nature. Classics don’t compete. And yet, as fine dines book spots in campuses, College canteens gracefully retire, in the hope that someday, a few more students will come back looking for themselves, and this canteen would be the only place where they’ll have traces to find!